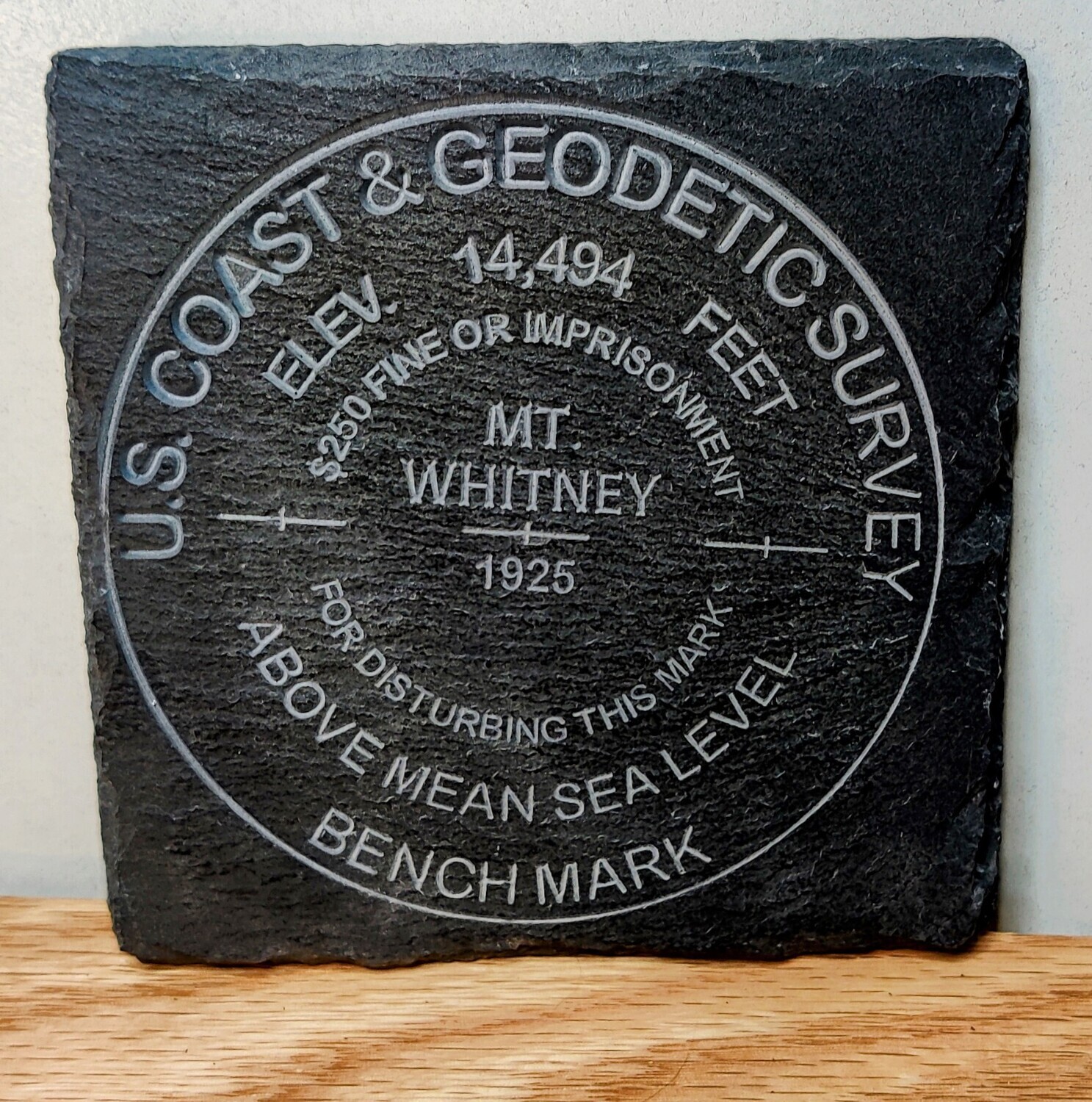 Mount Whitney (Paiute: Tumanguya; Too-man-i-goo-yah) is the highest mountain in the contiguous United States and the Sierra Nevada, with an elevation of 14,505 feet (4,421 m). It is in East-Central California, on the boundary between California's Inyo and Tulare counties, 84.6 miles (136.2 km) west-northwest of North America's lowest point, Badwater Basin in Death Valley National Park, at 282 ft (86 m) below sea level.[9] The mountain's west slope is in Sequoia National Park and the summit is the southern terminus of the John Muir Trail, which runs 211.9 mi (341.0 km) from Happy Isles in Yosemite Valley. The eastern slopes are in Inyo National Forest in Inyo County.
The estimated elevation of Mount Whitney's summit has changed over the years. The technology of elevation measurement has become more refined and, more importantly, the vertical coordinate system has changed. The peak was commonly said to be at 14,494 ft (4,418 m) and this is the elevation stamped on the USGS brass benchmark disk on the summit. An older plaque on the summit (sheet metal with black lettering on white enamel) reads "elevation 14,496.811 feet", but this was estimated using the older vertical datum (NGVD29) from 1929. Since then the shape of the Earth (the geoid) has been estimated more accurately. Using a new vertical datum established in 1988 (NAVD88) the benchmark is now estimated to be 14,505 ft (4,421 m).


Many of our historical Mountian Survey Markers are deteriorating and sometimes are illegible. Where possible I am reconstructing the original designs so we can enjoy them in our homes and preserve the historical values.

Please note that these are natural slate coasters so the edges and surface of the coasters will vary from coaster to coaster.
Save this product for later
Display prices in: USD
2020-12-26